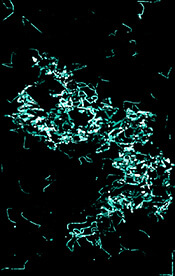 "I have known Clara Maïda’s compositions for years and I am impressed by its sound richness, its originality and the expressive intensity of this music."

"Clara Maïda’s music is not easy, but it amply rewards close attention. The formal processes are fascinating. They are often using unusual, even "found" material as the basis for transformations which go their own way, leaving in their wake a dialectic between recognizable objects, very faintly discerned, and a formalized "dance of the elements". Finding form is rewarding to the subjectivity at least of this listener for the very reason that it is a discovery that is made unaided by any traditional props, one has the feeling that it needs to be done ex nihilo. That a strong negativeness can give birth to a new and strong positiveness is one of the important functions of true art. Clara Maïda’s art is in the vanguard of pioneers who are stretching our culture to its new phase."

"I consider Clara Maïda as a composer with a composition profile of her own (autonomous, independent) [...]. Her works are virtuoso and highly expressive and - what convinces me particularly -: these works take also aesthetical risks,  [...] original works which deserve to be heard."

"I have a considerable admiration for your writing! [...] The endeavour to pulverize the form and to re-establish it in a sort of flux is most interesting. Thank you!"