1st part of Kinêm(a), a series for 4 to 7 amplified instruments. 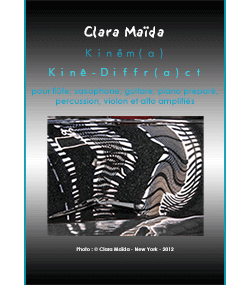 Kinê-Diffr(a)ct is the first part of Kinêm(a), a series of pieces for four to seven amplified instruments.

The title of the piece is created from the Greek word "kinêma" which means "movement" and the term "diffraction" which indicates the phenomenon according to which the density of a wave is no longer the same after meeting with an object.
The diffraction is the mark of the undulatory nature of a phenomenon, and can be observed with light, but also sound, neutrons, X-rays.

The (a) of each title is an allusion to the object little-a conceptualized by psychoanalyst Jacques Lacan.
His work on the psychic structure was mostly based on geometrical concepts which were useful tools to formalize the global architecture of the unconscious beyond the singularities of each individual.
The object little-a is the drive object, undefinable, elusive, which cannot be symbolized.

This notion of rupture of the identity, the quality or the continuity of a physical phenomenon, induced by the meeting with an object, already clearly appears in the cut in the words which constitute the title ("kinê" and "diffract").

If one favours the writing of a musical matter crossed with waves whose trajectory is continually veered off course or broken into polydirectional splinters as soon as they collide with objects, and if one imagines sound objects in constant movement and likely to be the generators of vibratory perturbations as well as be shaken or fissured in return by these disruptions that their presence implicates, which sound experience is to try?

The moving sound objects, the diffractions multiplied by this mobility of the objects, the split and the projections of the scraps of objects still renew in the musical space the possible meetings with sound waves and other distortions to come. From the diffractions always more numerous to the objects more and more fragmented and migratory, the musical fabric is pulverized in floating and residual particles. A diffraction of the diffraction, splits of the splits, scraps of the scraps. The piece attempts to redraw the process at work at the heart of matter and the laws that govern it. 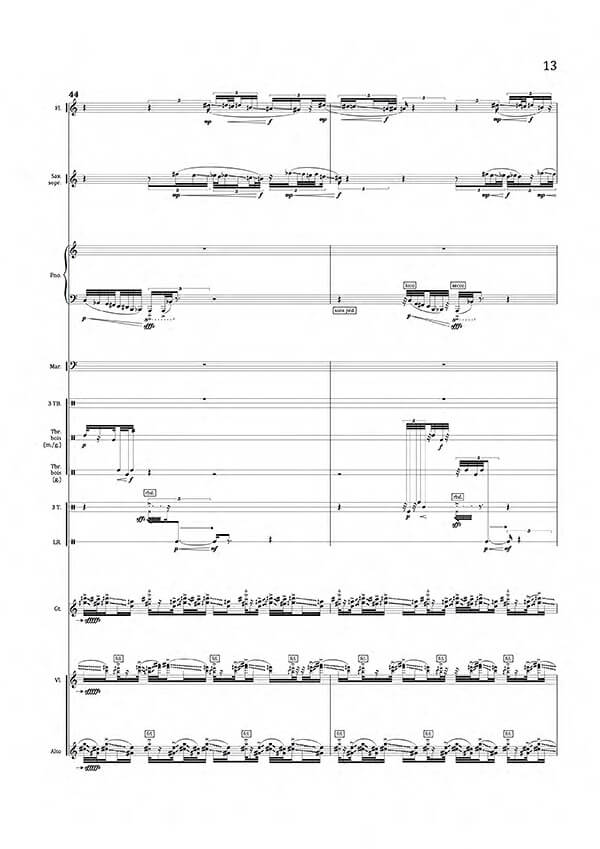