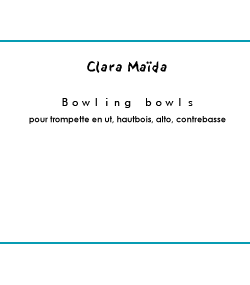 The title refers to the bowls used to drink, on which the children produce different sorts of sounds all along the piece.
But "bowl" is also the object one can bowl and a whole chain of mental associations immediately occurred to me, such as, to begin with, the word "bowling" which indicates the game played in bowling alleys, but also simply the bowling of a bowl.
If one visualizes these black bowls used for the bowling and bowled in order to make white skittles violently fall down, one can quickly think of bombs, which are often represented, in comics, by a black bowl with a smoking match. In this case, the bowling of black bowls would not make skittles violently fall but human beings, inducing wounds and death.

This idea of an object that follows a course up to the collision and the destruction of another object is one of the sound events exposed and developed all along the piece (for example, a sustained note whose dynamics get amplified until the children beat on the bowl with their spoon and produce a sound close to the breaking of an object).

On the formal level, the piece is close to a torn structure, constituted of shreds of events, and then underlines the disintegration generated by violence. Some situations regularly recur, but they are taken to pieces at once. Thus, the superimposition of small and very short glissandi played by the instruments evokes moans several times, a voice turned speechless. The return of multiphonic sounds played by the oboe lets us also hear a sound close to the rattle. The sound objects played by the instruments are parcelled, interrupted by the shock of the bowls. Through the repetition of motives successively sliding down and up, other musical situations draw an environment turning upside down and within which we would lose our balance.

But "bowling", in a familiar sense, also means "amazing", and the act of beating on the bowls reminded me of these Argentinian people, during the last economic crisis, who were beating on pans (the casserolasos) while chanting their demands. In this case, a return would be possible, and the act of children (bringing our future as well as hope) would then be an outburst against brutality. The word appears. It is first inarticulate (the "aow" that one can hear in the word "bowl"), then it becomes able to pronounce the word itself and finally the complete sequence "bowling bowl" since each child’s bowl asserts him/herself as unique, though involved in the collective action.
On this "bowling bowl" (and, here, the fact that this object can contain food takes up all its meaning), each shock of the spoon expresses the rejection of violence and of all the forms of injustice, the call for the same rights for everyone. 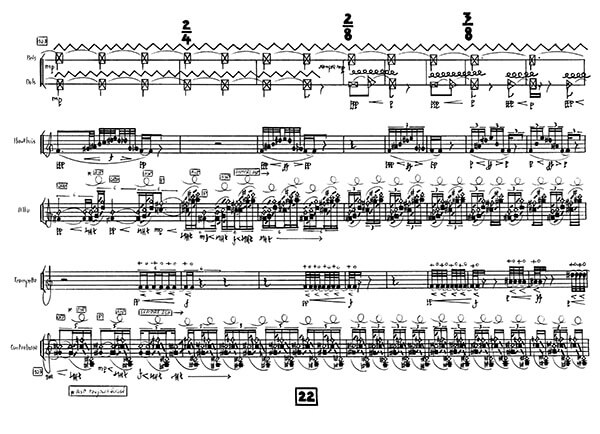