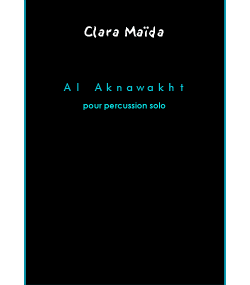 The title of the piece is a "title-case" (close to the concept of the "word-case" which points out the forming of a word from the condensation of several words. Lewis Carroll, for example, creates the word "snark" from the words "snake" and "shark" in his poem "The snark hunt").
Al Aknawakht is thus the result of the condensation of the names of three rhythms used in Arabic music (Al insiraf, Aksak and Nawakht).

All the material of the piece is based on these three rhythms, one of which (Al insiraf) is proposed in two different versions.

Layers of timbres easy to identify (skins, woods, metals) are superimposed. They have autonomous rhythmical processes and thus constitute a sort of split structure, divided, within which each layer comes into conflict with the others and attempts to dictate its predominance. The temporal distensions and contractions of each layer coexist without influencing each other.
The polyrhythmical writing (a kind of acoustic structural geology) induces a sliding of masses, gradually tears up the matter of a sound layer while it tightens the fabric of another and lets gradually emerge or disappear one timbre or another.

From time to time, the instability generates fissures as well as accumulations of the musical matter, shakes thinner layers inside one same timbre. Only a few shreds, a precarious line, persist. A rhythmical residue reduced to the minimum audible (a demisemiquaver) and its corresponding silence (a demisemiquaver rest) move, cross and lose themselves. The extremely volatile movement of this tiny object, which never finds its place, and of this empty place, which is never occupied, induces both all the potentialities and the impossibility of a meeting.

Matter is not anymore. Only a pure movement remains. The throb becomes therefore the last shield against total dissolution, one last vibration, one last beat. It manifests by its simple presence, a place (or a place of non-place) where the figure does not exist, where something persists though beyond the figure. 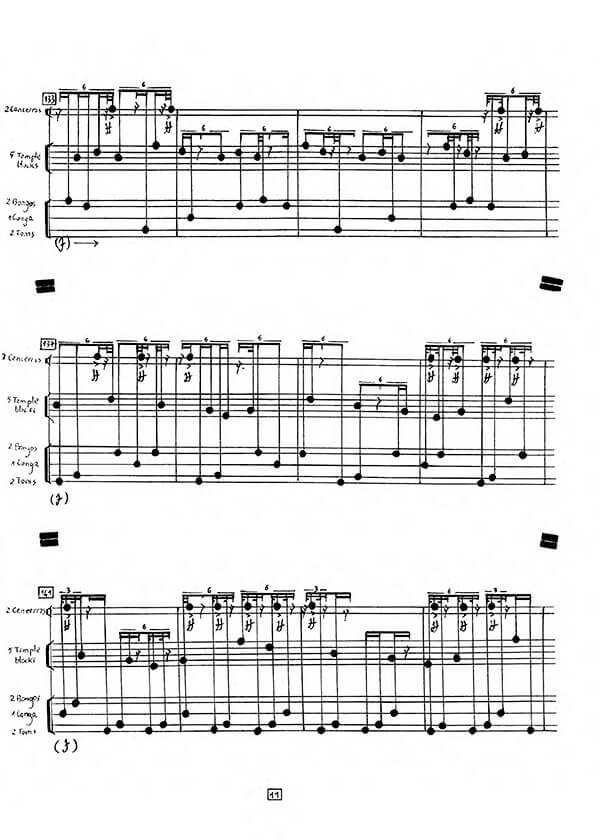