2nd part of Psyché-Cité/Transversales, a triptych for ensemble and electronics and 1st part of in ipso tempore, a series for electronics.

Setup of the loudspeakers
(pdf) 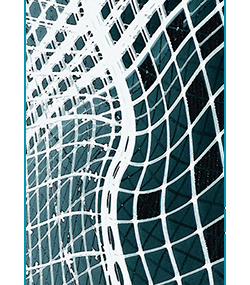 Ipso facto is the second section of the series of pieces for instruments and electronics Psyché-Cité/Transversales.

"ipso facto" is a Latin expression meaning "by the very fact", "therefore, automatically". But what occurs automatically in that piece, paradoxically, is the absence of automatism. Therefore, sound events are articulated with one another, following their own logic, carried away in a kind of whirl also containing a few stases.

In the first piece of the series, Fluctuatio (in)animi, the musical discourse was based on a dialectic between the possibility of ramifications, the creation of new paths and the irresistible attraction, at times, to a fixed polarization trapping the sound movements within a mechanical reiteration coming back to the same axis over and over again.

In Ipso facto, there is no longer opposition between elasticity and rigidity. One is inside a space filled with vibrations, circular and fluid, and the venue of the premiere of the piece played a role in the choice of such a space (the water tank - Kleiner Wasserspeicher - of Prenzlauer Berg in Berlin).

I tried to evoke a confined space, cut off from the exterior, empty and made up of galleries (a little like a sewerage system).
The sound movements mimic the way sounds can echo on the walls, whirl around, ricochet from one surface to another, diffract by engendering multidirectional trajectories or, on the contrary, extend, lose their contours, blend together within a place where the reverberation is very important.
The distinction between proximity and distance becomes difficult. Some sounds seem to be very crisp, very precise. Others are fuzzier, as if they appeared behind a veil, or distorted, reminding of the sound perception one has when immersed under water.
Musical gestures recur insistently (sliding, whirling, rebounding), and draw ever more rapid abstract curves and twirls.

Like in the other two pieces of the series, my aim was to elaborate a hybrid sound evoking both an urban space and an organic entity, the world of objects and the living world.
Rubbing, scraping, creaking, groaning, chains dragged along and mechanisms started, all these sounds compose a space which undergoes numerous torsions and about which it cannot be told whether it is inside or outside the body. 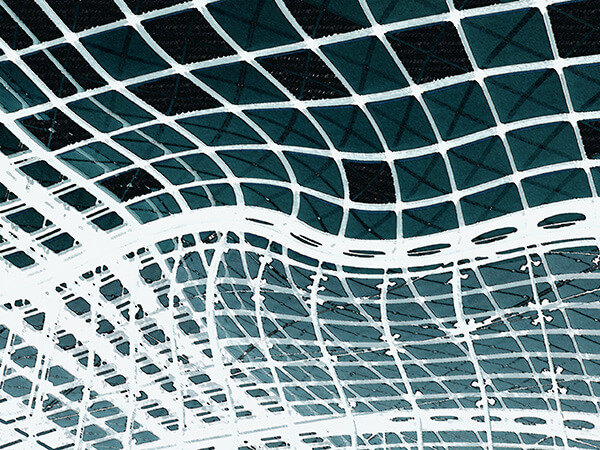