1st part of Order of release, border of relish, a triptych for 4 instruments. 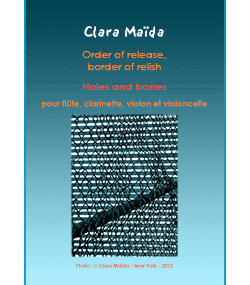 Holes and bones is the first part of the triptych for four instruments Order of release, border of relish. The three pieces use the same harmonic material generated by the spectral analysis of multiphonic sounds of wind instruments (four from the bass clarinet and three from the oboe) and of the low C of the cello played with a maximal pressure of the bow. Some sound objects and musical situations come back in the three pieces of the series.

From a harmonic material derived from spectra of four multiphonic sounds played by the bass clarinet, I first elaborated a kind of latent structure (one cannot hear it in the piece), reticular and made of the superimposition of different variations of a microintervallic scale coming from one of the spectra.

This first extremely dense structure follows a course from one spectrum to another and progressively tears up. A slowdown process makes more and more gaps appear. Besides, once this structure was completed, I made openings in it by tearing down from the score some sections of the musical fabric, sorts of shreds, scraps, re-used in the piece as a whole.
The texture becomes more and more disembodied, skeletal. The skeleton disintegrates, divides into fragments ("bones"), the bones come to dust up to a total disappearance of matter.

The whole piece struggles against the death process of this original latent structure. The relationship between the holes and waste is at work. What remains of the frame of the structure when it disappears and how can one fight against this disappearance?

These objects recycled from residues are subject to rocking movements that make them overturn. Fragmentation and alteration processes reveal in various parts the most audible frequencies of each spectrum (a kind of original and purified matter emerges).
Expansion, contraction, dispersion, gliding, those microprocesses are rich with connections and are the expression of a matter which moves. A constant energy is at work to fill in the holes or to form them again, to destroy, rebuild and destroy again fleeting objects that yet insistently come back.

Birth and death merge in one and only vital process of never-ending transformations. Precariousness, instability, are the essence of the piece which vibrates with a febrile anxiety and makes its flaws and its swellings audible. 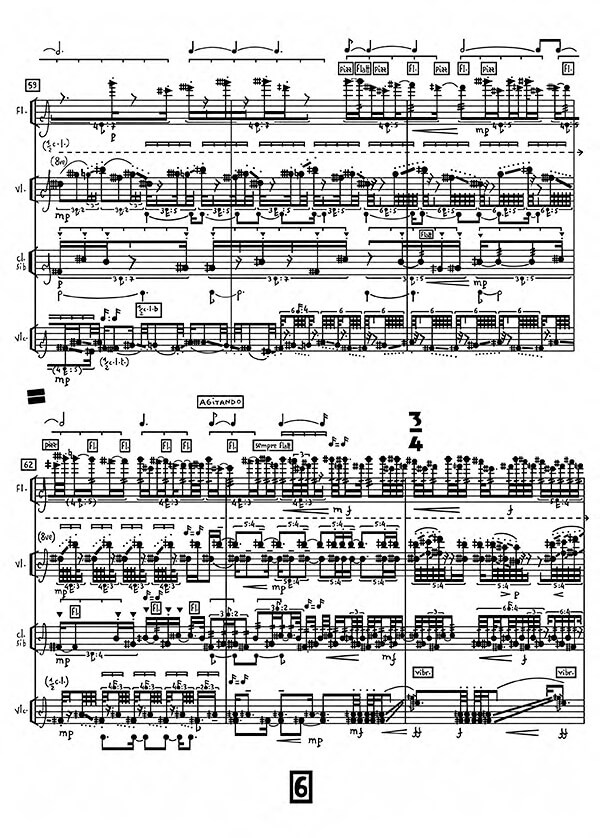