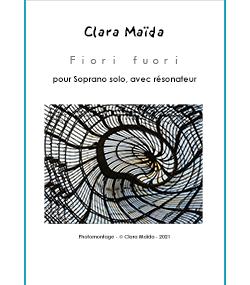 This piece was composed at the request of visual artist Gisela Weimann who wished to present several women composers’ musical creations included in her visual installation The Garden of Women Composers.

The title Fiori fuori plays upon the quasi similarity of the terms "flowers" and "outside" in Italian.

With their pollination, fertilization and reproduction functions, flowers symbolize a time of recurrent renewal, a specific period that comes round every year.
Space, the space of the outside ("fuori"), is actually necessary to the manifestation of a renewal. It is also necessary to the psychic development.

During the period of composition, the Taliban were regaining power in Afghanistan, later hastening to impose on women a return to the domestic space while they had been able to get some independence, a possibility of renewal, for two decades.

The formal architecture of the piece alternates between a vocalization which seems to be kind of "prohibited"  - the emission of a few repeated pitches with a broken timbre and inside a resonator, short formulas oscillating between two pitches - and the roll-out of an undulatory line, closer to the spiral than to the circle, which tries to open sound trajectories, but which always finally ends up by stumbling over a restricted area of pitches and freezing on one single repeated pitch.

The temporal structure has a cyclical tendency and oscillates between opening and closure, an attempt to appearance and a disappearance, and concludes with breathing sounds, ad if air was short, as if the breathing space was ever more rarefied.

What is born into the world, what is unfolded, needs space. A claim is thus expressed through the musical writing of this sound rhizome, alternately mobile and fluid or frozen and interrupted on a breath: the right to freedom of movement, the opening on an elsewhere, a rejection of any imprisonment, whether physical or psychic, individual or social. 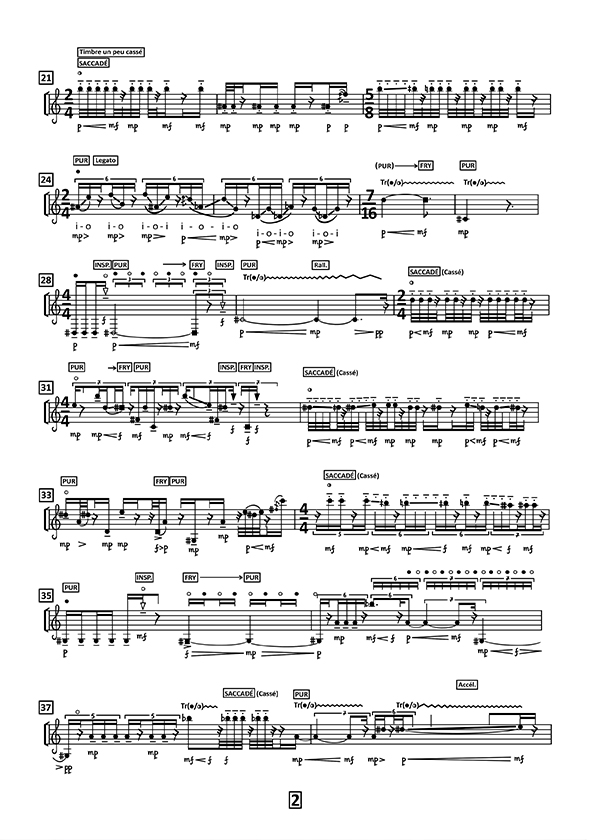